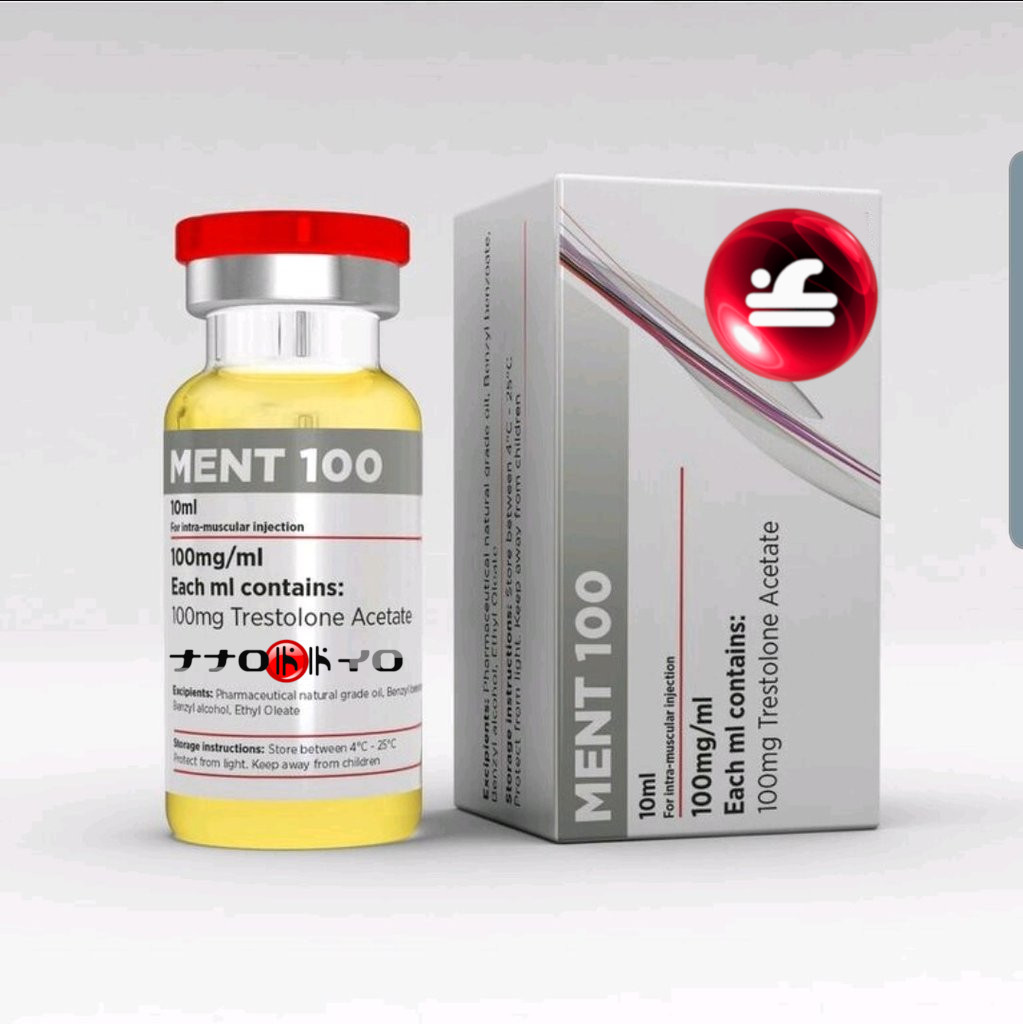 MENT, short for methylnortestosterone, is a synthetic anabolic steroid closely related to nandrolone in structure. It was first researched back in the early 1960’s, the heyday of anabolic steroid development. Back then, there were new compounds being introduced into the journals literally every week. Like a great many of the effective steroids studied during this era, however, MENT didn’t make it’s way to becoming a commercial drug product. For about four decades it sat gathering dust on the bookshelves, next to many other effective but anonymous compounds. Historically, lack of early financial support has been a death sentence for anabolic steroids. If a company isn’t there in the beginning to spend the millions necessary to develop it into an actual prescription product, it isn’t going to go anywhere later on. The money simply wasn’t there for MENT in the 1960’s, and it died. For a long time this agent remained a «nothing» in the world of steroids.

But things changed for MENT around the turn of the century, in a very dramatic fashion. On October 30th in 2000, international drug giant Schering AG made a public announcement that it had entered into a partnership to research, develop, and market methylnortestosterone acetate for both male contraceptive and hormone replacement use. This followed several years of sporadic but positive studies on this agent. The ball was set in motion, and this old steroid, which scientists had ignored for over thirty years, was suddenly amidst a hotbed of new research and speculation, the likes of which it had never seen before. In their press release, Schering AG makes promise of a new androgen that offers the anabolic and endocrine benefits of an injectable testosterone, but with less prostate growth, and more patient comfort. In other words, Schering is saying that MENT looks to be an easier to administer and equally useful steroid as testosterone, yet without the same issues concerning androgenicity.

To understand exactly why it is that Schering would be paying such interest in this steroid, we need to examine its structure and effect. While descriptive, the generic name methylnortestosterone (methylnandrolone is also appropriate) does not quite tell usenough.lt turns out that the term «methyl» which is most commonly associated with C-17 alpha alkylated androgens like methyltestosterone, methandrostenolone, or oxymetholone, is being used differently here. In this case, it refers to a modification at C-7, which gives this steroid a considerably different appearance than one might think at first. Of most obvious significance is its method of use. Although perhaps possessing a moderate level of oral bioavailability, this nandrolone derivative was really not designed for oral administration. It is much more effective when administered to the body directly, as by injection or implant.Therefore, the immediate assumption that this is the «Methyltest» of Deca is not quite accurate (that title actually belongs to Orgasteron, also profiled in this book).

One well understood function of 7-methylation is that is blocks steroid 5-alpha reduction (something that c-17 methylation does not accomplish). As such, this derivative of nandrolone cannot be converted to a «dihydro» metabolite»7. With nandrolone and most of its analogs, this reduction means a less androgenic steroid. Dihydronandroione is weaker than nandrolone, so relative binding is reduced in target tissues with high reductase concentrations. Not being able to convert to a weaker steroid here, MENT is going to display more relative androgenicity than nandrolone. However, this may not necessarily be a bad thing. Nandrolone is commonly too weak of an androgen, causing impotence issues in good percentage of men that try taking this steroid alone. When we are speaking of hormone replacement and contraceptive use, we can’t suppress natural testosterone and replace it with a weak androgen. In this regard MENT definitely seems to have one up on Deca-Durabolin.

.8mg, or 1.6mg of steroid.The release rate is slowly reduced as the implant loses surface area, however, reaching approximately 200mcg per day by the one-year mark.

The results of the clinical trial were very promising. Four MENT implants (1.6mg/day) suppressed spermatogenesis with similar effectiveness as testosterone implants, testosterone enanthate injections, and testosterone undecanoate injections (all of which have been investigated successfully as contraceptives). MENT was able to produce azoospermia in 82% of treated subjects, a figure that was actually higher than reported with 200mg of testosterone enanthate per week (which produced azoospermia in 65-66% of normal male subjects by 6 months). As far as negative side effects, they were few.Two subjects noted increases in blood pressure that went outside the normal range, and one was forced to discontinue the study because of it (though no ill effect was noted). Otherwise, there was generally just a very small rise in systolic pressure (+4.8), and no significant changes in lipids (including cholesterol and triglycerides) or PSA values. Furthermore, prostate volume was slightly reduced (not increased) in all groups. Liver enzymes were increased slightly, but stayed within the normal range in all subjects. The mean time to the recovery of normal sperm production after discontinuance was 3 months, similar to that reported in a 1990 World Heath Organization study with 200mg weekly of testosterone enanthate. Overall, MENT performed admirably, with a very notable (acceptable) level of effect, and minimal side effects. And what is more, the drug may be effective when being implanted an infrequently as once per year.

Another study of interest examined the ability of MENT implants to restore sexual behavior and function in hypogonadal (having low testosterone) men128. This, of course, is one of the principle objectives of androgen replacement therapy.This investigation took place in two clinics, one based in Ireland and the other Hong Kong. Twenty men participated in total, 10 at each location.The study was a double crossover investigation comparing the effects of testosterone enanthate (200mg every 3 weeks) to that of two MENT implants (delivering .8mg of drug per day). This means that each of the twenty men had an opportunity to try both drugs, which were taken on two separate occasions between washout periods. Only minor differences in response were noted between MENT and

If Schering markets this drug as an implant, it will be impractical to use for bodybuilding purposes. At best it will need to be broken down and made into an injectable somehow. The clinical study discussed above used implants containing about 140mg of steroid each. Given the same in a production drug, more than one implant will be needed for a workable cycle. There is some investigation into its use as an oral129, which does seem feasible (although not ideal from a cost effectiveness standpoint). The key to this steroid’s success with bodybuilders will really be the development of a commercial injectable. This will undoubtedly follow the release of Schering’s product, perhaps even precede it.The raw powder is already available from suppliers overseas, so it should not take long for some veterinary or underground manufacturer to perceive value in this new agent. Hopefully an acetate version will even be closely followed by a slower acting MENT ester, perhaps even something basic like MENT cypionate or MENT enanthate.

As for its use, MENT is a relatively potent steroid, so an effective dose for bodybuilders is going to be small. As a drug 10 times more anabolic than testosterone by some studies, and 20 times more effective at suppressing spermatogenesis than testosterone enanthate in others, we should commonly see daily doses of maybe 3-6mg. If prepared as an oil-based injectable (with acetate ester), this would mean shots of roughly 10-20mg every two to three days. Compare this to trenbolone, which is usually given in doses of 75-100mg per shot under the same schedule (and this is a particularly potent steroid). Some might find good effect at 10mg daily, however I suspect the number of people needing to go here will be few, and fewer still will probably venture higher. As a poorly aromatized anabolic (19-nor compounds tend to aromatize much more slowly than c-19 steroids), MENT should stack well with a variety of different steroids, possibly for both cutting and bulking phases of training. For simplicity, this would mean using it with drugs like testosterone cypionate/enanthate (200-400mg/week), Dianabol (20-35mg/day), or Anadrol (50-100mg/day) when looking for sheer size, milder anabolics like nandrolone decanoate or boldenone undecylenate (200-400mg/week) for lean mass, or non-aromatizable drugs like Primobolan (200-300mg/week), Winstrol (20-35mg/day), or Anavar (15-20mg/day) while cutting. 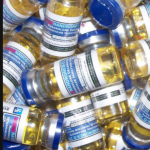